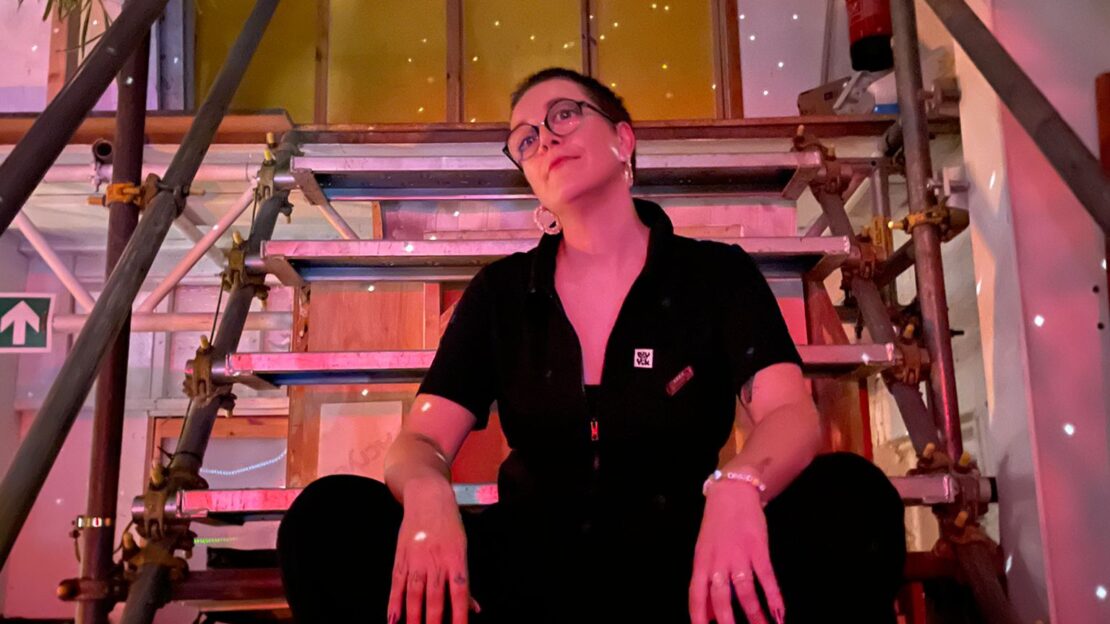 Burning Eye Books is small independent publisher in the South West predominately specialising in promoting spoken word artists. We aim to dispel the assumption that performance poetry does not transfer well to page as well as give emerging and established artist opportunities to be published where they might be rejected from other traditional poetry publishers. We look for the bold, the fearless and the strange. We are dedicated to providing an inclusive portfolio of the best and most promising performance poets in the UK.

Bridget Hart (they/them) is a queer writer and producer living in Bristol. They are a poetry mentor as well as co-director of queer feminist lit org For Books’ Sake, and editor at Burning Eye Books. Bridget has performed at a variety of events including Manchester Punk Festival, Shambala, Boomtown Fair, Audacious Women Festival, and probably your back garden circa 2011-16. In 2017 they released the debut pamphlet Better Watch Your Mouth with Burning Eye. Their work has also appeared in Paper & Ink Literary Zine, Untitled Writers, Dear Damsels, Ink, Sweat & Tears and the Poetry Health Service. Their second collection Chewing Gum is a queer retelling of characters from Grease and Grease 2 and is out now with Small Press Books.

Casey Bailey is the Birmingham Poet Laureate 2020-2022. He is a writer, performer and educator born and raised in Nechells, Birmingham. Casey’s second full collection of poetry ‘Please Do Not Touch’ (2021) was published by Burning Eye Books. Casey has performed nationally and internationally, spent some time on a residency with the Royal Shakespeare Company, and taught, facilitated and led up and down the country. His debut poetry pamphlet ‘Waiting at Bloomsbury Park’ was published by Big White Shed (2017). His first full collection of poetry ‘Adjusted’ (2018) was published by Verve Poetry Press.

afshan d’souza-lodhi was born in Dubai and forged in Manchester. She is a writer of scripts and poetry. Her work has been performed and translated into numerous languages across the world. afshan was a 2020 LabFellow for Global Performance and Politics at Georgetown University and took her one-woman show ‘How To Eat Mangoes’ to Washington DC in 2022.  In 2021, afshan was a Sky Writes writer-in-residence for Rotherham, a partnership between Sky Studios and New Writing North. She is currently part of the Royal Exchange and WarnerMedia writers exchange programme and is an Oldham Coliseum’s artist-in-residence. afshan was selected as one of the BAFTA BFI Flare mentees for 2022, and is also currently developing a TV series with Sky Studios with her co-writer Guleraana Mir.  Her debut poetry collection ‘re:desire’ (Burning Eye Books) was longlisted for the Jhalak Prize (2021). As well as her own writing, afshan is keen to develop other younger and emerging artists and sits on the boards of Manchester Literature Festival and Pie Radio.

Have you ever changed your 24-year-old sister’s nappy (whilst she’s on her period) as you sing ‘I’d Like to be a Bubble’ from the Tweenies to try to make her giggle so she doesn’t stick her hand in it? Bex has. Bex is an outrageous, hilarious, and fearless poet and performance artist from South London. They talk about topics we need to discuss more often, including being an unpaid carer, neurodiverse, LGBTQ+, Jew(ish), hating the Tories, and loads more. A multi-Slam Champion, they have performed on stages from Cheltenham Literature Festival to the Royal Albert Hall and from the Edinburgh Fringe to Barcelona, as well as with the Bafta-award-winning Life and Rhymes on Sky Arts. Bex also designs and facilitates writing workshops with organisations across the UK (including with Wandsworth Carers Centre) and co-hosts Speak Equal; a poetry night in London and online with London Queer Writers. Bex’s pronouns are they/she. They are bookable via email – bexgordonpoet@gmail.com.

With work rooted in word-witchery and the working class, Louise explores the synergy between poetry, voice and movement in a way that makes the ugly beautiful and the mundane fantastical.  Winner of BBC Radio 3 ‘New Voices’, European Slam Finalist and support artist for punk legend Dr. John Cooper Clark, Louise is a true, Northern powerhouse.  Welcome to her world of darkly humorous poetry. Previous poetry collections include The Lolitas and The Uniform Factory (Verve Poetry Press), Bird St. (The Secret Writers Club) and audio book, Council House Poetry (Nymphs & Thugs.) Her new collection The Pleasure Dome is out with Burning Eye in September 2022. Louise has a degree in Theatre Studies and Creative Writing from Lancaster University and an MA in Creative Writing from Edge Hill University.  She lectures and teaches creative writing in schools, prisons and universities. When she is not writing, Louise is loping around Wigan and wrangling two teenage daughters and two teenage cats.